A true atomic shelter built during the Cold War under the Cyclamen pavilion of Château Siran, and which today serves as a conservatory for Siran’s old vintages, the oldest dating back to 1912.

Frightened by the idea of a nuclear cataclysm, at a time when the world was notably in the midst of a euromissile crisis, William-Alain Miailhe, father of the current manager, had the original idea of having a real bunker built at Siran. This authentic atomic shelter, built on the model of the Swiss shelters, was inaugurated in 1980.

As a reminder, at that time there were nearly 65,000 nuclear warheads in the world capable of blowing up the earth several times. A number that was reduced to less than 9,500 thanks to the series of treaties concluded between the United States and the Soviet Union, then its heir, Russia, as we are reminded in an article by Jacques Hubert-Rodier published in Le Monde on 20 September 2019.

Two other elements have largely contributed to reinforcing his conviction that it was also necessary to protect against civilian nuclear power. On the one hand, the construction in 1978 of the Braud-Saint-Louis nuclear power plant, on the other side of the Gironde estuary, near Blaye, which can be seen from the quays of Pauillac. And on the other hand, the nuclear accident that occurred at the Three Mile Island nuclear power plant in Pennsylvania in the United States on March 28, 1979. The Chernobyl disaster in 1986 gave him reason to be wary.

The result is an underground cellar of almost 200m2, equipped with a Swiss made armoured door to house the Miailhe family’s wine library, which contains nearly 30,000 bottles of Siran’s grands crus, as well as those of neighbouring or friendly properties.

In 2015, Édouard Miailhe, William-Alain’s son, called on the Dada graphic design studio to design a signage reminiscent of nuclear power plants, a nod to the 1980s, when nineteen of them were built in France. This signage presents Siran wines from 1912 to the present day. This unique room can host some rare and rather intimate events. 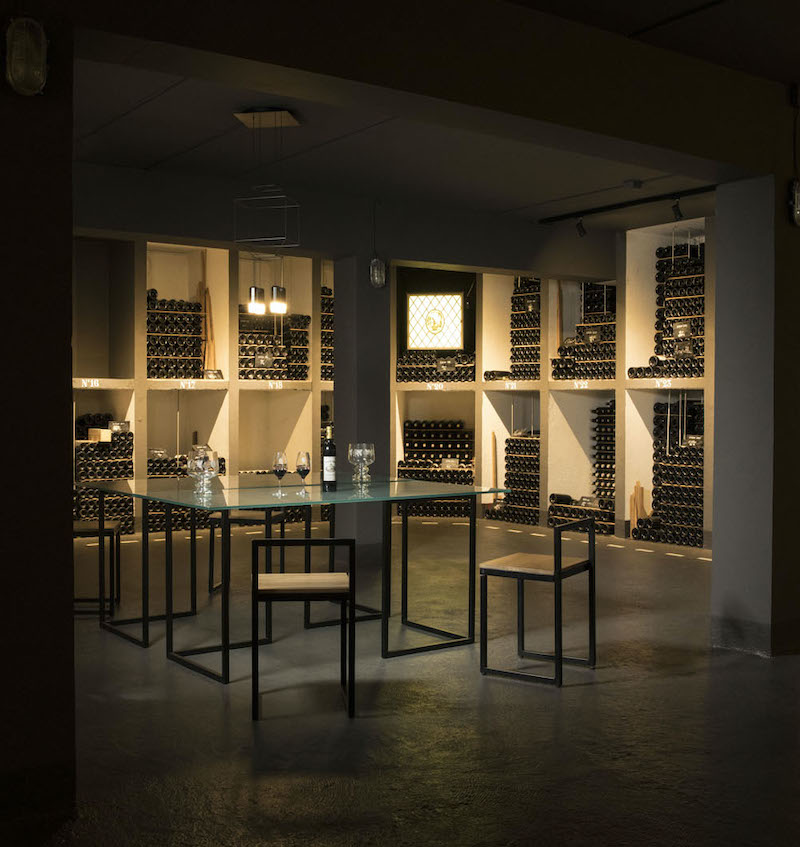 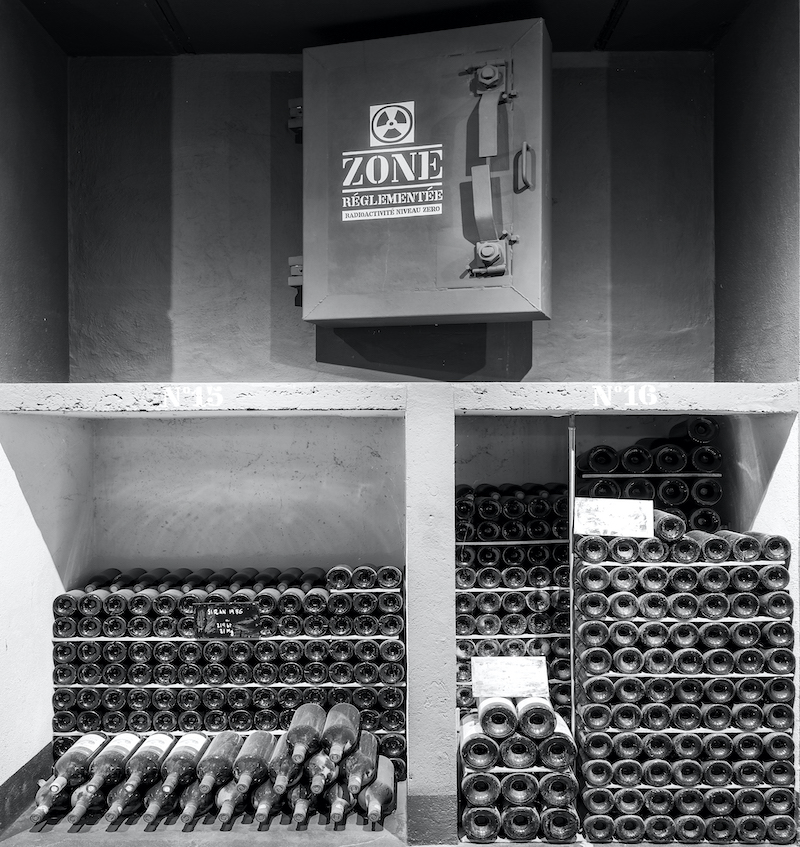 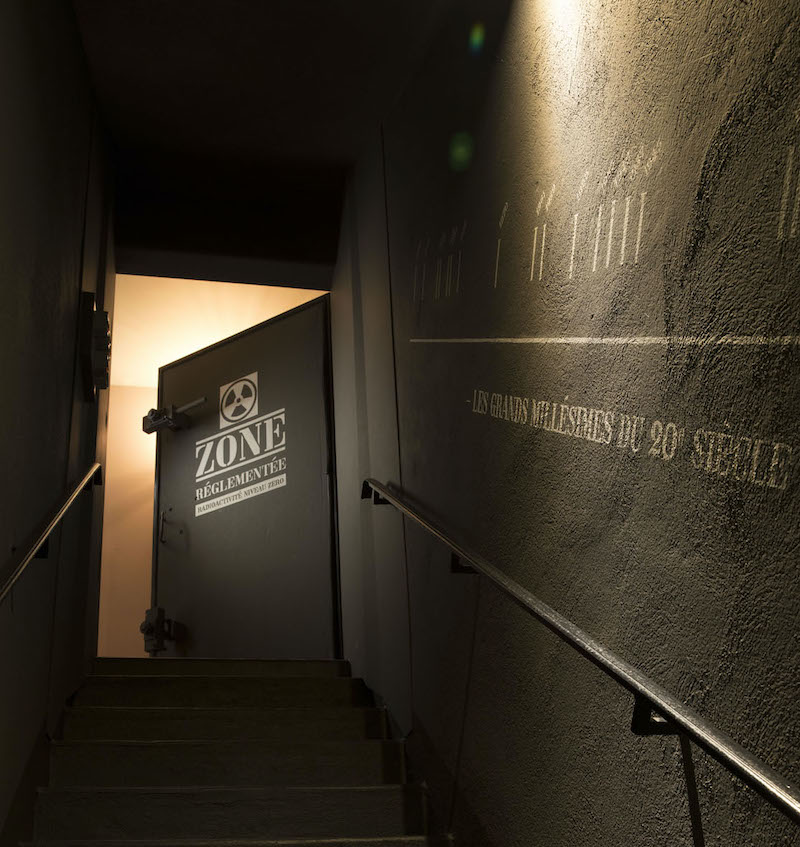 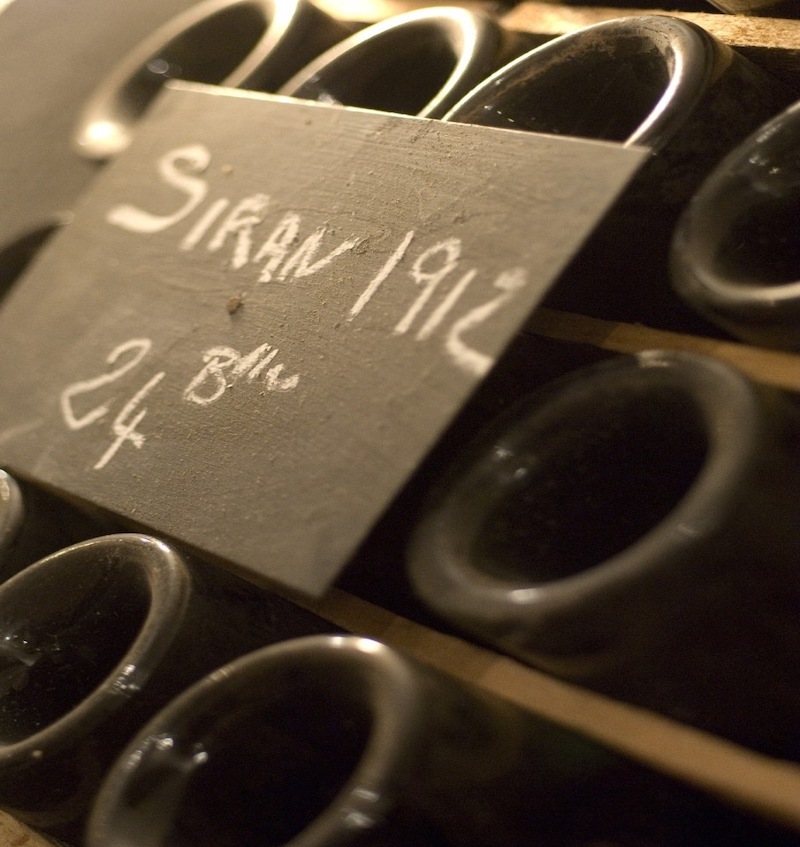 Since 2019, the estate’s wine tourism department also offers visitors the chance to take part in a game of escape in this bunker. An Escape Game created especially for Siran around the history of the property, which invites a team of 4 to 8 people to decipher the family’s secrets.

The visit of this unusual place is not easy. The door weighs nearly a ton, and it takes two hands to open it. A narrow staircase opens onto a large room, a real safe, protected from nuclear radiation, which houses this magnificent collection.

More than a century of vintages are kept in the bunker, the oldest vintage dates back to 1912. A real Ali Baba’s cave where one would like to be locked up for about forty years… 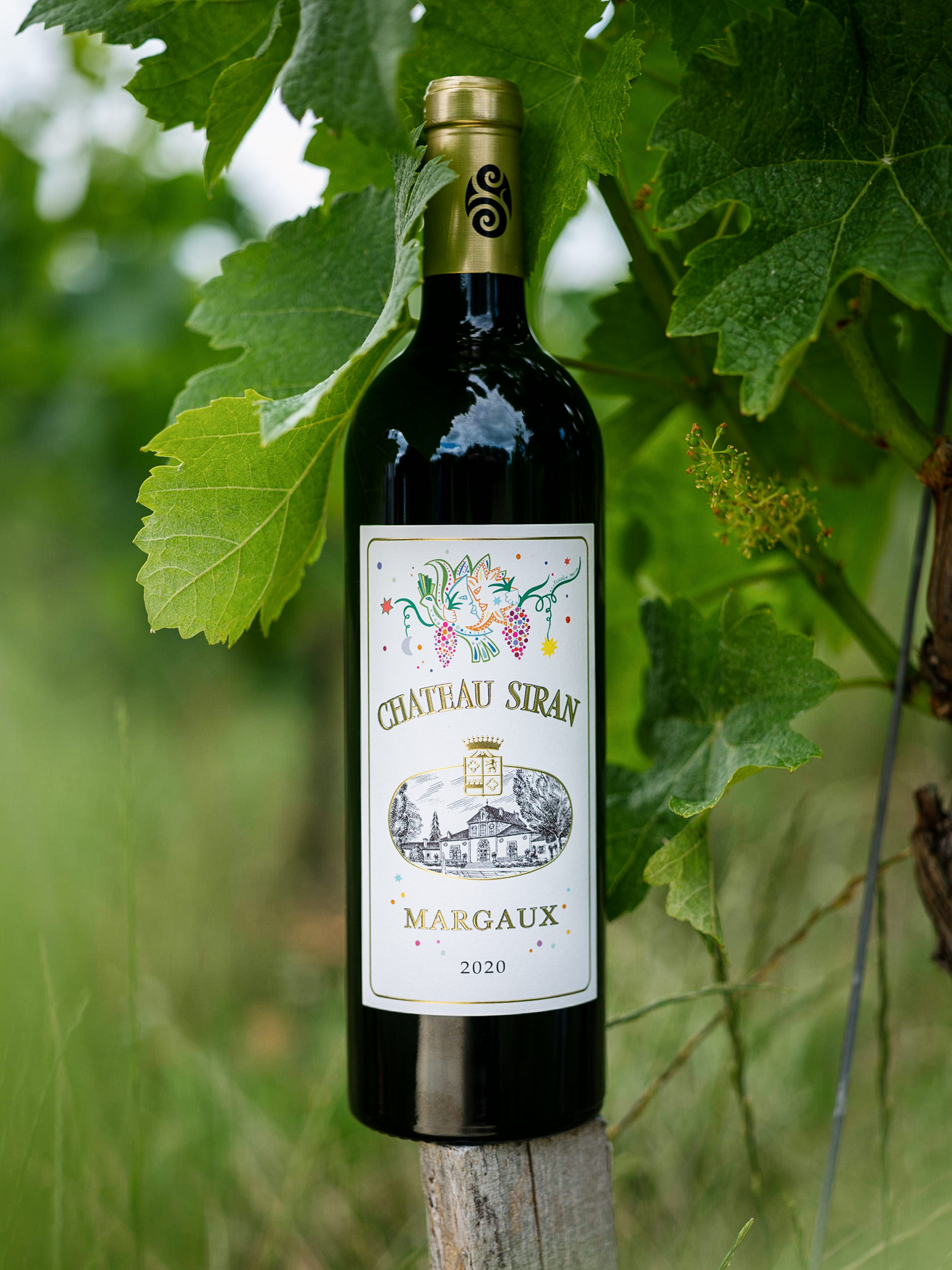 Once upon a time

This 2020 vintage marks the return of the family tradition of Château Siran's illustrated labels ...

Once upon a time

Château Siran 2018 ranks 1st in the Top 100 best wines of the year by Wine Enthusiast!